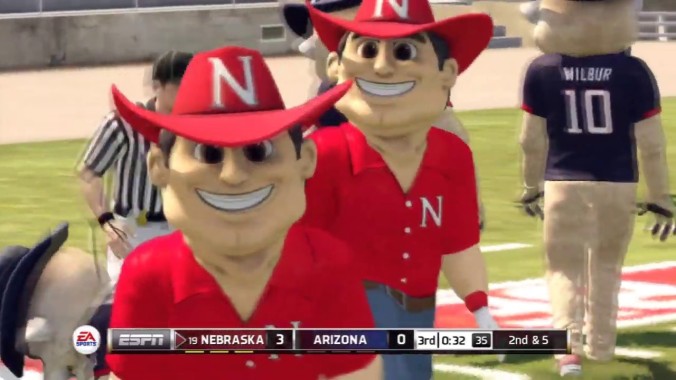 This Saturday was supposed to be Nebraska’s Spring Game, the opportunity for fans to get inside Memorial Stadium and get just a taste of the excitement that awaits them in the autumn. The Spring Game is enough to whet the appetite, get a glimpse of this year’s squad, and fill the mind with dreams of glories to come.

Of course, thanks to the coronavirus, there will be no Spring Game this year. But Nebraska has come up with a clever way to at least keep the fan base engaged, by hosting a virtual Spring Game (through the magic of video games) to be streamed online. The Red and White squads are populated by Husker greats, giving us at least a little bit of a chance to answer some great bar-room debates. Details about the game can be found here, and you can stream the game Saturday at 1:00 p.m. through Facebook, Twitter, or Twitch. I’ll also be live-tweeting the game (along with the rest of Husker Twitter, natch) here.

So let’s take a look, by each position group, and see how the squads match up. And keep in mind – these are teams of All-Stars, so any distinctions between the teams are the nittiest of picks. Just assume “no disrespect intended” is said after each group’s analysis.

I’ll take the squad that goes Shields-Rimington-Steinkuhler up the middle.

Just imagine either Frazier or Crouch running a Frost-style offense. But a backfield of Frazier and Rozier is just too mouthwatering to pass up.

Without question, a how-can-you-go-wrong menu of options. And while it’s tempting to go with the best overall player in Rodgers, the depth on the Red squad is just too much to pass up.

Talk about balance. But as terrified as I am to say it, having Suh coming up through the middle tips the balance ever-so-slightly in the White’s favor.

This one has to be the toughest call of all the rosters. While you could likely say this about all of the position groups, I promise I’m only going to take the easy way out once.

Woof. Foltz is the sentimental favorite but it’s Henery that tips the scales, even though Newcombe makes it really tempting to go the other way

Seriously, how cool is this idea? How much fun will it be, at least virtually, to watch these squads of Husker legends line up against each other. It’s almost like having an updated next-gen college football video game would be something of value people would enjoy …

While the game should be a tight, four-quarter affair, look for the speed of Eric Crouch to make a play late and pull out a stunner for the White squad.