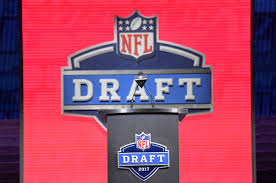 This year, Nebraska broke a 56-year streak of having at least one player selected in the NFL draft. After suffering through two consecutive 4-8 seasons, and having the memory of seeing streak after streak fall in the early 2000s, Nebraska fans had an uncomfortable sense of déjà vu at the end of the last round of this year’s draft, seeing players from such football powerhouses such as Valdosta State, Idaho, and Morgan State get selected over any Cornhuskers.

What made it worse for Nebraska is that two Omaha kids who didn’t end up as Huskers – North Dakota State’s Easton Stick went in the fifth round to the San Diego Los Angeles Chargers and Iowa’s Noah Fant went with the twentieth pick in the first round to the Denver Broncos.

After Iowa had four draft picks this year – including two tight ends in the first round – if there was evern any question about whether Iowa-Nebraska is a rivalry, you can put that to bed.

Nebraska by the numbers:

(Also, for no really good reason other than to pour fuel on the fire, here’s a great article by Brandon Vogel of Hail Varsity explaining how Iowa could have two first-round tight ends and still end a season no. 92 nationally in yards per play and no. 79 in pass yards per play).

Still, the fact remains that recently Iowa has done a much better job of getting Hawkeyes into the NFL than Nebraska, even though Nebraska is recruiting better talent. Take a look at the comparison of the last six years’ worth of recruiting rankings (from 247 Sports) and NFL draft picks (the rounds of each pick are in parenthesees.

Please, don’t start with the whole thing about how recruiting rankings don’t matter. You’re wrong. So if Nebraska has been an average of 21.5 recruiting ranking spots better than Iowa over the last six years, why are so many more Hawkeyes hearing their names being called by Roger Goodell (or an orangutan) at the NFL Draft?

Iowa has a formula of drafting kids that fit their scheme and their culture, developing and improving them, and sending them to the NFL. It’s been amazingly effective in helping Iowa overachieve what their recruiting rankings say it should achieve. Wisconsin follows the same model.

Nebraska has struggled mightily in development. Bo Pelini had his share of NFL success, but that tailed off towards the end of his tenure. And even for a dope who wrote a near-tear-stained goodbye to Mike Riley, it’s hard not to see Nebraska’s recent NFL drought (no first-rounder since 2011, no second-day draftee since 2015, only two total in three years) as an indictment on Riley’s tenure in Lincoln.

Nebraska’s NFL pipeline was already slowed to a trickle almost immediately after Riley arrived. And when Scott Frost and his coaching staff took over, they had difficulty hiding their shock and contempt at the state of Nebraska’s physical and mental conditioning.

So, Husker Fan, you can look at this two ways. First, it should be a cold splash of reality as to the state of the program. As fans, we convince ourselves that glory is always just around the corner, just about to fall into our grasp.

Having Nebraska’s NFL streak snapped should be a stark reminder that while NU may have the recruited talent to compete and in at least in the B1G West, the shocking lack of talent development means Nebraska still has a big hole out of which to climb.

The silver lining? Nebraska’s current coaching staff understand the importance of development, and has a track record of taking far less heralded talent and sending them to the NFL. That’s the hook you hang your hope on for 2019 and beyond.