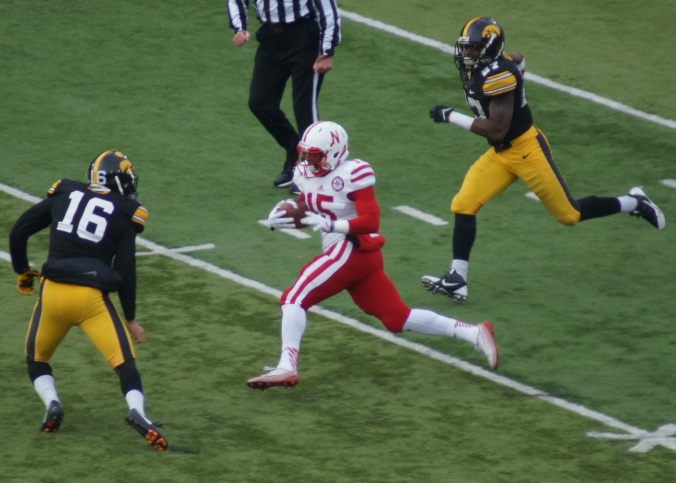 Long-time columnist Steven M. Sipple of the Lincoln Journal-Star tried – unsuccessfully – to talk himself out of predicting an eight-win season for Nebraska in 2018.

There’s plenty of reasons to be doubtful of Nebraska getting to eight wins next year. Primarily, NU is coming off a 4-8 season last year, and going from four wins to eight would be a massive jump. Nebraska has an entirely new coaching staff, and will be learning an entirely new offensive and defensive structure. Nebraska’s starting quarterback will almost assuredly be either redshirt freshman Tristan Gebbia or true freshman Adrian Martinez, neither of which have played a down of college football.

Sipple listed a number of reasons, including the departure of defensive coordinator Bob Diaco, the depth of the running backs, the strength of the wide receivers, and the track record of new head coach Scott Frost as causes for his optimism. All of those are well founded.

But Sipple didn’t mention another reason why Husker Fan might allow a little irrational exuberance to creep into the imagination as the new season dawns. Here are the five-year recruiting averages for all of Nebraska’s 2018 opponents, as compiled by SB Nation’s Bill Connelly.

Nebraska’s five-year recruiting average is no. 25. That means only three teams on NU’s 2018 schedule (Michigan, Ohio State, and Michigan State) have better overall talent than Nebraska.

Now, I can hear all kinds of objections being raised to this analysis. First of all, I know a bunch of you are going to be telling me that recruiting ratings are just guessing games, and that the stars don’t matter.

Well, you’re wrong. Sure, for individual players, a five-star rating isn’t a guarantee of stellar performance. But the five-year averages are looking at recruiting in the aggregate, and the numbers are pretty hard to ignore. According to Stuart Mandel,

There’s no perfect gauge, of course, for determining a team’s talent level. But given how predictive recruiting averages are to a team’s performance, those averages are as close as we can get to quantifying talent levels.

Now, the other argument I can hear is probably much stronger. Sure, talent level matters, but it ain’t everything. Wisconsin is ten spots below Nebraska in the five-year recruiting average, and is 6-1 against NU since Nebraska joined the B1G. Iowa is 21 spots below Nebraska, and has beaten NU in three straight games by an aggregate score of 124-44. Northwestern (no. 53) beat Nebraska last year. Heck, even Minnesota (no. 48) hung 54 on Nebraska last year.

So obviously, just because Nebraska has better on-paper talent than teams on its schedule is no guarantee of victory. Coaching, home field, system familiarity and fit, injuries, and any other number of variables go into that equation as well.

But looking at the recruiting averages gives you at least some gauge of how the teams stack up on paper. And because Nebraska stacks up well against a number of its opponents from a recruiting average standpoint, analysts like Sipple can at least make an argument how a new coaching staff and new structures can help erase the deficits in other areas and make games against teams like Wisconsin and Iowa winnable.

Now, is an eight-win season for Nebraska likely? I tend to think not, and that six wins should be the target for Frost’s first season.

But the recruiting averages (and the points Sipple makes) at least makes the case for an eight-win 2018 a colorable one.