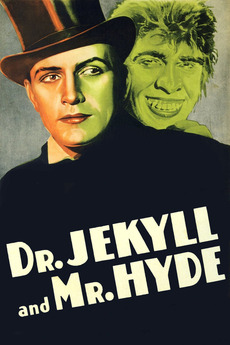 A tight, seven-point loss to Oregon on the road, that’s the type of game everyone expected, right?

Not so much. Nebraska was humiliated in the first half, falling behind 42-14 and looking to all the world like it was on its way to another nationally-televised embarrassment. But Nebraska found something in the locker room, shutting the Ducks out in the second half and nearly pulling off a miraculous comeback.

Those numbers kinda speak for themselves. Defensive coordinator Bob Diaco might very well be making the greatest halftime adjustments in the history of organized football. It’s a problem, though, that he has to be (more on that later).

ONIONS! On the first drive of the second half, Nebraska faced a fourth-and-ten at the Oregon 40. Head coach Mike Riley went for it and Nebraska converted, leading to a touchdown and breathing a little life into the scarlet and cream.

On Nebraska’s next possession, Nebraska faced a fourth-and-five at the Oregon 39. Once again, Riley went for it and Nebraska converted. While that drive didn’t lead to points, it set a tone that allowed Nebraska to stay in the game and almost complete a miracle comeback.

Fine Margins. This one’s in the Good section more for Husker Fan looking for reasons to feel better about Nebraska’s loss. Quarterback Tanner Lee’s first interception was a fortunate bounce off a defender’s hand. Oregon’s third touchdown only happened when the ball went off one receivers hand and fluttered into the hands of another. At the end of the first half, another fourth down conversion – which could have kept Nebraska’s drive alive and avoid some of the points Oregon put up at the end of the half – was thwarted thanks to a false start by De’Mornay Pierson-El.

Yes, Oregon badly outplayed Nebraska in the first half, and earned every bit of its 42-14 lead. But, as we saw with how close Nebraska came to a comeback, those fine margins can make the difference between winning and losing.

Needing Halftime Adjustments. Judas Priest, Nebraska’s first two first halves of the 2017 campaign have been ugly to watch. They’ve resulted in a down-to-the-wire win over a Sun Belt team and digging a hole too deep to dig out of against Oregon.

I can’t pretend to explain this Jeckyll-and-Hyde performance from the Blackshirts – and I’m not entirely convinced Diaco can as well. I suppose the silver lining is that the second half performances show Nebraska’s defensive potential. But I’m not sure how many first-half embarrassments Husker Fan can tolerate.

The Kid from Tulane. Talk of Tanner Lee’s departure to the NFL after his junior campaign have, shall we say, cooled after the Oregon game. Lee was 19-for-41 through the air for 252 yards, three touchdowns, but four interceptions. Now, two of those interceptions weren’t Lee’s fault, one being a pinball deflection and one from a blind-side hit that resulted in the ball fluttering into a defender’s hand.

But even with that bad luck, Lee struggled against the Ducks. He missed a number of makeable throws, particularly in the first half when Nebraska really needed its offense to keep up. There’s plenty of things to learn for Lee going forward, but this game won’t be one that goes in his scrapbook.

Big Red Cross. What might be the biggest concern coming out of Eugene are injuries to I-back Tre Bryant and safety Joshua Kalu. Bryant has been a revelation in the first two games of the season. I could give you some stats, but this tweet says it all.

Bryant has been struggling with his knee throughout camp, and an injury to that knee causing him to miss the rest of the game is a huge worry for Nebraska. Although Mikale Wilbon got the touchdown that brought Nebraska to within seven, there’s little doubt that NU’s offense wasn’t the same without Bryant.

But what could be a more impactful injury might well be to Joshua Kalu. A hamstring injury in the second quarter took Kalu out for the rest of the game. With Nebraska’s secondary already thin after injuries to Chris Jones and JoJo Doman, the Blackshirts can ill afford to lose Kalu for any length of time.

And the Goals Still Intact

Admit it, Husker Fan. You feel fairly OK after that game. At halftime, you had visions of Texas Tech running through your mind and were worried that this season was about to slip away.

That’s fair. The fact that there’s relief about Nebraska being respectable on a national stage is a barometer of the state of Nebraska’s program. Whether that’s acceptable in the long run is a fair question.

But it’s where Nebraska is now. And (cue the cliché) it still leaves the primary goals for the season open.

Nebraska’s next three games are against Northern Illinois, Rutgers, and Illinois. Presuming Nebraska holds serve, NU will be 4-1 on October 07 to welcome Wisconsin.

And that’s where the rubber will really hit the road. Diaco’s defensive charges will have five games under their belt to (hopefully) learn how to play in the first half, and the opportunity will be there for Nebraska to get a win over Wisconsin and set itself up for conference play.

Yes, that loss was disappointing – and extraordinarily weird. But there were enough green shoots there to keep hope alive when the Badgers come calling.