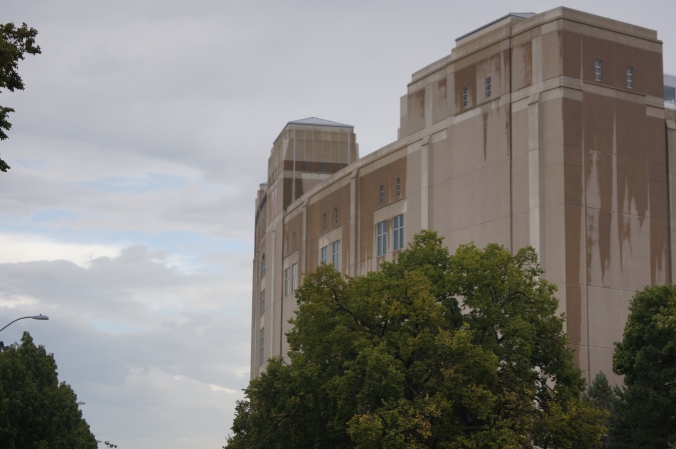 An’ lea’e us nought but grief an’ pain,

– To A Mouse, Robert Burns

A certain smart and particularly handsome analyst had a great idea. Do a preview of Nebraska’s depth charts before spring practice started, as a great way to lead into a discussion about how the roster could be composed. The depth chart projection, then, would be a convenient vehicle to analyze where the roster might be weak, or how changes on both sides of the ball could alter how players get used.

Then head coach Mike Riley, in his opening press conference of spring practice, had to go and mess everything up by announcing the entire defensive depth chart. You can see it here, thanks to Hail Varsity.

Now, in fairness, this isn’t exactly a depth chart in the sense of knowing who are the starters and who will be backups. But it does group the defensive roster into positions for new defensive coordinator Bob Diaco’s 3-4 scheme.

So now that the cat’s out of the bag, and our plans for the next couple of articles at the DXP are ruined, let’s at least take a look at Riley’s version of the Sorting Hat and see what stands out.

Field-side inside linebacker could be a problem

For the most part, Nebraska looks to have decent depth at most positions. But at field-side ILB, the roster looks a little thin. Dedrick Young should have the inside track to start, given the amount of time he played last year (even though his performance fell off towards the end of the season). But after Young, it’s two untested players. Mohammed Barry saw some work on special teams last year but precious little on defense, and redshirt freshman Greg Simmons is an unknown quantity.

Should something happen to Young – either through injury or poor play – then the field-side ILB spot for Nebraska becomes one of the biggest question marks on the defensive unit next season.

Of Nebraska’s 2015 recruiting class, two of the top four recruits were defensive backs. Eric Lee was the highest rated recruit of that class (according to 247 Sports) at cornerback, and Avery Anderson was the fourth-highest rated player who moved between cornerback and safety.

So it’s a little jarring to see the pre-spring depth chart to list neither Lee nor Anderson. There’s spots on the depth chart for untested kids like JoJo Doman, Dicaprio Bootle, Tony Butler, and Marquel Dismuke. But no mention of the stars from Nebraska’s 2015 class.

That could mean the two of them are destined to be considered busts. Or, it could mean that Nebraska has an untapped vein of talent waiting in the wings of the secondary.

The names are going to take getting used to

Two inside linebackers? A “strong-side” and “field-side” outside linebacker? Defensive “ends” that have functionally the same role as defensive tackles Nebraska fans have grown up watching?