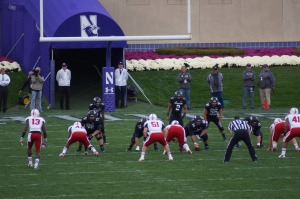 With the Memorial Day weekend just past, Nebraska football fans may very well have travel on their minds, and be looking to plan their road trips to follow the Cornhuskers next season. Nebraska hits the road for five contests in 2014.

Remember, this isn’t about the game itself, as the Spartans-Cornhuskers rematch could very well be one of the most compelling contests of the season. But East Lansing, Michigan, is not high on the tourist destinations of anyone who doesn’t have relatives living in East Lansing, Michigan. And Spartan Stadium, while certainly a respectable home for the Big Ten champions, is not an iconic cathedral of college football that would inspire a visit on its own.

A trip to California, that’s a no-brainer for a Nebraska fan, right?

Well, maybe not. When a Nebraskan pictures California, Fresno is probably not the first image that comes to mind. Set inland, Fresno doesn’t offer beaches and ocean-side views like many Nebraskans would think of when California dreaming. And the “Best Little City In the U.S.A.” is quite removed from both San Francisco and Los Angeles, making adding those tourist attractions challenging for a Fresno visit.

And Bulldog Stadium, while fine for a Mountain West team, is hardly the iconic football location Nebraska fans would travel to see (although it did host the California Raisin Bowl, so there!) Plus, if you don’t have a ticket already, you’re looking to pay over $160 a seat on the secondary market to get into the former home of the California Raisin Bowl. Between that and airfare, Nebraska fans will likely not see great value in a road trip to Fresno.

Madison, Wisconsin, is an under-rated venue for a college football game. Camp Randall stadium is iconic, much more so with the history surrounding the site. The in-game atmosphere is intense, although sometimes not exactly family-friendly, and the Jump Around in the fourth quarter is an experience to be had.

But the city of Madison has plenty to offer as well. Between the campus itself, the lakeside attractions from the two lakes (Mendota and Monona), and a visit to Mickies Dairy Bar across the street from the stadium, a trip to Madison has enough to make a road trip worth considering for Nebraska fans.

Iowa City has one huge advantage over any other road trip destination for Nebraska fans, and that is geography. Iowa remains the one fixture on Nebraska schedule that remains feasible as a day trip, albeit one that might require an energy drink on the ride home.

But a stay in Iowa City for the game has its advantages, including the Ped Mall in downtown Iowa City. And newly refurbished Kinnick Stadium certainly holds its own amongst B1G football venues. Between the attractions of the city and its proximity, Iowa City remains an attractive destination for Nebraska fans.

I’ll make no bones about it, Northwestern has become my favorite road trip on Nebraska’s B1G schedule. In many ways, going to see Nebraska play the Purples is the best of both worlds for NU. Evanston, Illinois, is an idyllic college town environment, the closest thing I have seen to replace a regular trip to Lawrence, Kansas. Ryan Field fits in the Evanston environment perfectly and is a great place to see a college football game (especially if Nebraska fans kind of take over the joint, as they did in 2012).

But Evanston is a suburb of Chicago. That means Nebraska visitors for the Northwestern game get all the benefits of the City of Broad Shoulders, the third largest metropolis in the country, then get to travel to a suburb of the city and get the intimate, college town atmosphere of Evanston.

Big-city attractions and a college town environment in one trip, combined with reasonable air fare from Omaha to Chicago, make Northwestern a must-add for Nebraska fans looking at their travel plans for 2014.